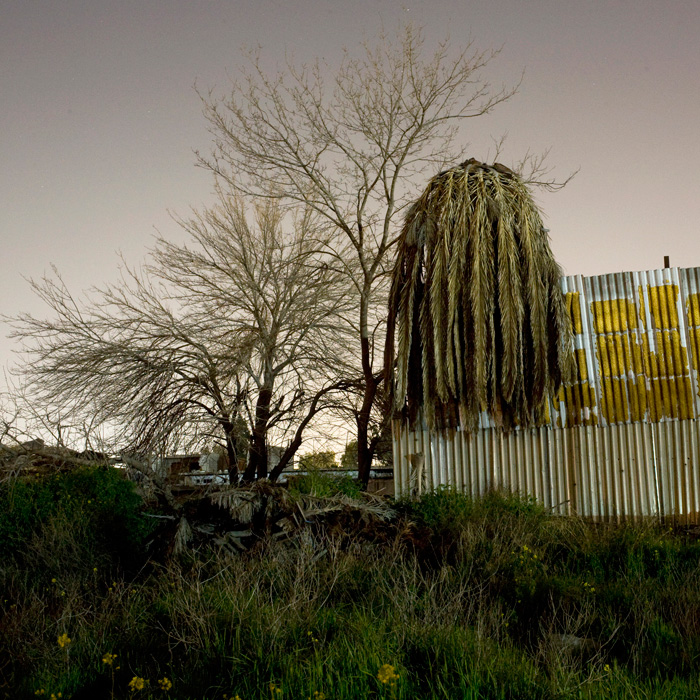 Despite the claim that the suburban landscape has been efficiently instituted in a verbal form, its visual representation remains quite obscured. A factor that leads to the foretold insufficiency is that, as in contrast to other types of sceneries, the suburban landscape is disparate, changeable within the endless conflict between nature and civilization. Its geographical borderline and institution, an extended grid of sparsely populated areas, abandoned industrial facilities, warehouses, makeshift structures and scattered garbage, is constantly changing.

Photography suggests a way to explore and reveal such landscapes that lack an efficient representation as they’re placed between the edge of the city and the countryside. The photographers who participate in the “City Limits” exhibition constitute a new form of the wandering observer (Flâneur), quite different than the Baudelaire’s era one . They don’t wander attracted by the city center’s extravaganza, the mixed crowd, the excessive consumerism and the big city lights, but instead they wander towards the edges, searching for the city’s contrasting reflections on the dull suburbia, the industrial zone and an unregulated nature. They document a moment within the complicated daily routine of these areas and they reveal to the viewer both the peculiarities of this landscape and the identity of the small and insignificant things it is composed of, as they were all remaining invisible.

The sharp and continuous observation that the photographers of the current exhibition are performing over this commonplace is not driven by criticism but it aims at revealing its typically unnoticeable aspects. Their images reflect photography’s unique property to document and reveal in a visually intriguing form – either powerful or sometimes mysterious and uncanny- what escapes our intention. It is an approach related to the tradition of the ‘Art document’ , in the sense it acquired when it was introduced in Photography’s philology and later it evolved further through Walker Evans ‘work. Then it was also William Eggleston with his photography constantly at war with the obvious , or even the mundane everyday moments reflected in the work of Stephen Shore and the photographers who followed and contributed to this kind of observation.

Babis Kougemitros, Petros Koublis, Vangelis Patsialos and Yiannis Tsiadis are unfolding through different versions of Art Documents the City Limits without looking for an indicative representation but reaching only for interpretations, at times contrasting ones, just as the overgrown monument of an elephant in some glade, a dry palm-tree, or roads and pathways that lead to a dead-end.

Supported by: The Organization of Culture, Youth and Sports of Athens