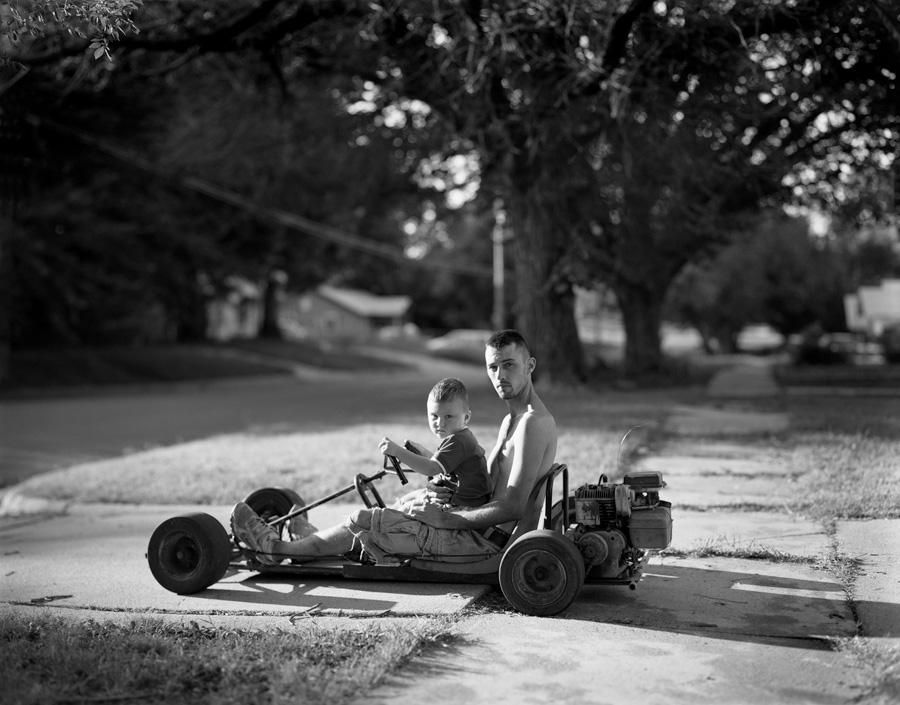 American Faith is an exploration into the inherent human need to be connected to something greater. It documents faith as a universal part of the human experience and the various ways this is manifested throughout the United States.

I began this project in 2004 at the height of political and cultural tension in a post September 11th America. The topic of religion was fueling intolerance, bigotry, nationalism, and negatively influencing our societies perspective of its self. Personal faith had been tied to religion in a way that inverted the hierarchy of the two. It’s meaning was redefined to describe radical religious actions and righteousness rather then the universal commonality it brings to humanity. In our migrant society there is little opportunity for meaningful interaction with others. It is these elements that caused Americans to see faith in enormous groups rather then the individuals who make up our society.

While the reasons for making this work would evolve these initial observations served as the impetuous for me to begin. I had decided to travel through every state in the country, photographing strangers and collecting stories of their experiences in being a part of something greater. Always in a visceral, fluid way, never planning where to go, I would place my own faith in a certain random process. I would abandon efforts of trying and instead allow events to inform each other. I began to collect physical evidence in images and recordings of there being a larger sequence of events in the world. Testing my own faith in this process everyday. One event would influence another and I would slowly work my way into an almost predestine path of mariachi bands and hudderite colonies. I am humbled to be the ambassador of these stories and images.