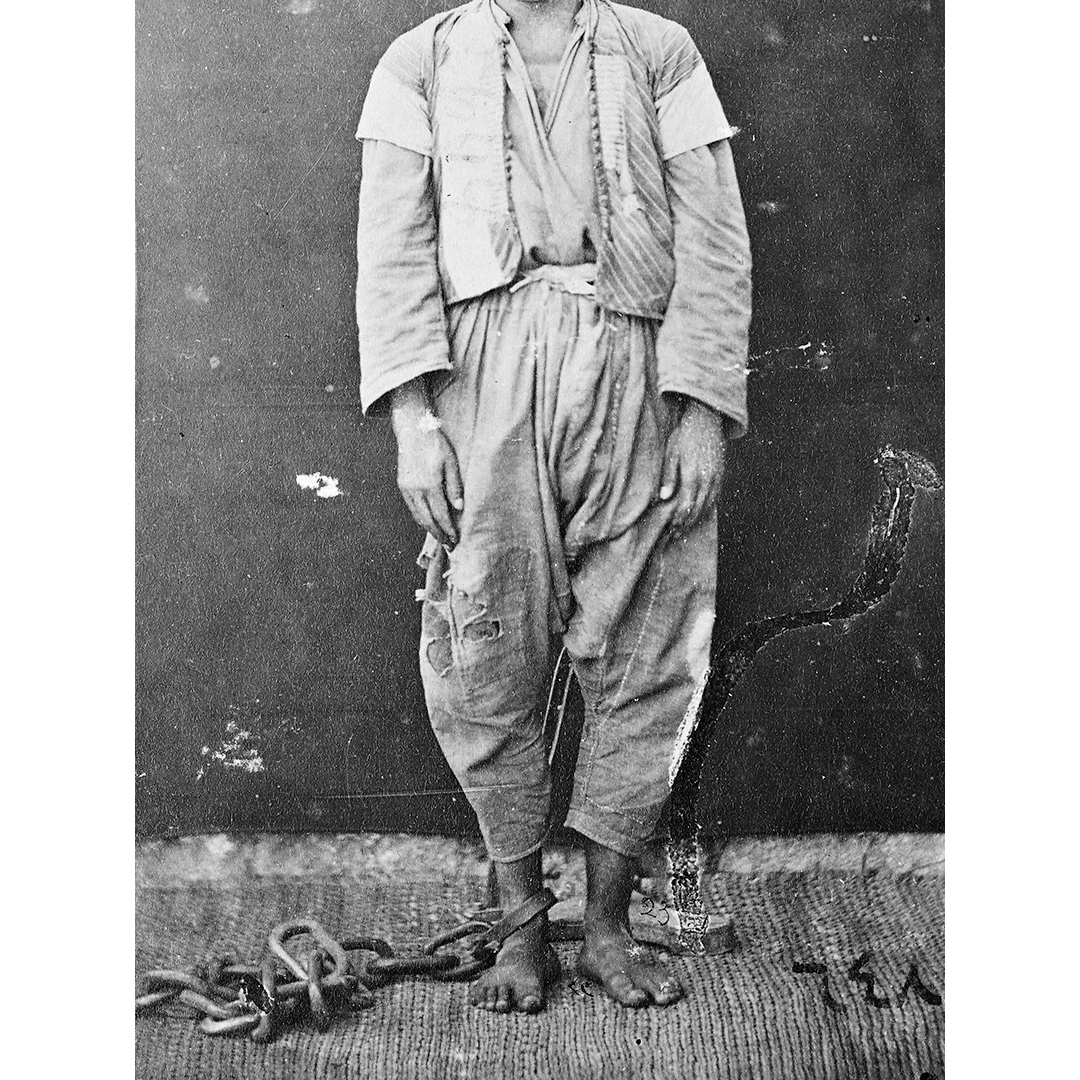 The photographs depict the hands of prisoners from the early 20th century, drawn from the photograph albums of Abdul Hamid II.

He was obsessed with crime fiction and in the 25th year of his reign, he ordered all murder convicts to be photographed with their hands visible, in preparation for a planned amnesty. He has been moved by pseudo-scientific information that “any criminal with a thumb joint longer than the index finger joint, is inclined to murder.”

The “Hayal” (Dream) section shows the subjects’ hands for the purpose of classification. Whereas in the “Hakikat” (Fact) section, we see chained prisoners who are all sentenced to death -having nothing to do with the amnesty in question. Cemre Yeşil Gönenli, has cropped out the faces of the subjects so their emotional state is ambiguous. The “Dream” refers to the inmates’ desire for release and the “Fact”, their actual circumstances.