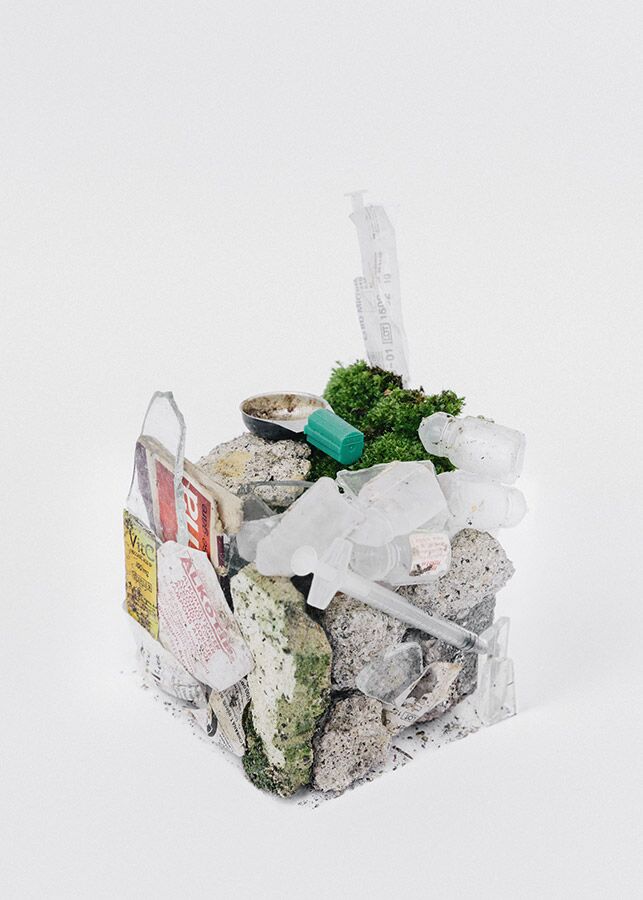 ‘’Particles’’ transforms the concept of “identity as a container” into a study of sculptural photography, questioning social and geographical identities. Each cube contains objects collected in specific locations throughout Luxembourg. These objects tell a given place’s story, making them subjects of archaeological research in the age of the Anthropocene. People generally have strong stereotypes of Luxembourg; but also within the Luxembourgish population various clichés are associated with the capital’s different quarters. Especially the area around the station, where most cubes are from, has a bad reputation due to drug trafficking and prostitution. Be it drug utensils on a playground or fast food on a sports field – the contrasts between what a place was meant for, how it is being used, and peoples’s preconception is striking at times, whereas certain stereotypes might be confirmed.