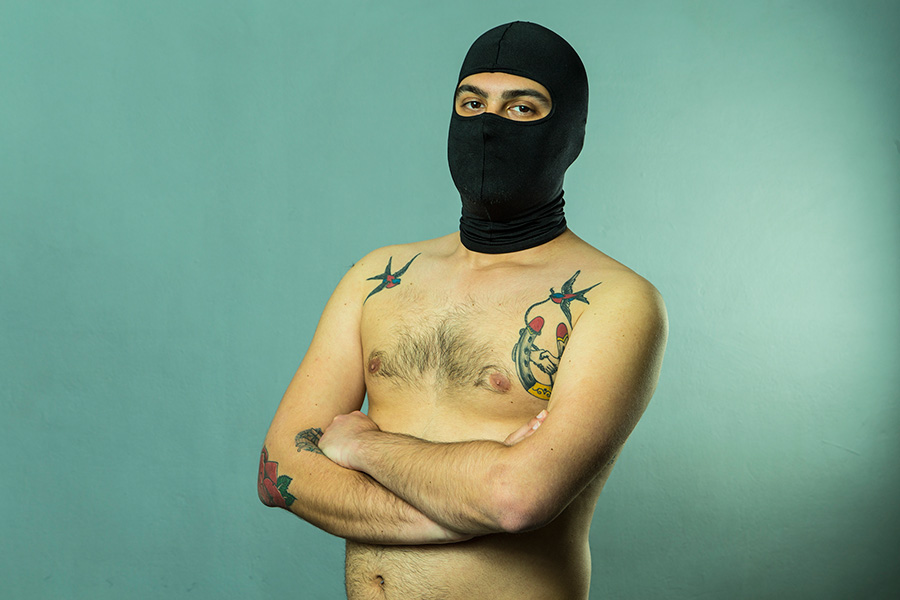 The work consists of a series of portrait photographs of young people wearing white t-shirts with imprints of drawings taken from a ‘80s guerilla manual printed in Spain called “Towards A Citizens’ Militia: Anarchist Alternatives To NATO & The Warsaw Pac”, which describes methods and tactics used by a guerilla force of ordinary citizens against an organized military force.

The drawings themselves depict methods of sabotage, bomb-making, ambushing military units etc. These portraits of ordinary young people with familiar objects in urban indoor surroundings – shot using a combination of natural and strobe flash light- illuminate the possible voluntary or involuntary transformation from a life of ordinary existence to a situation of political emergency and disruption, a concept that has become rather frequent in our post-modern world, as exemplified by recent events in Syria, Ukraine and the general tone of the world on terror. In an attempt to create a dialogue of the familiar and the unfamiliar, the exposed and the hidden, the conflicting concepts of the possible militarization of everyday life in contrast to the intimacy and vulnerability of the portraits.

Thus, by combining the aforementioned notions, this body of work uses real reference to create an imaginary but still fenced to reality world, were the concept of everyday life can – in a short period of time – change and its norms can be challenged or even obliterated as in any revolutionary condition, while simultaneously retaining a reference to the private, the domestic and the everyday.