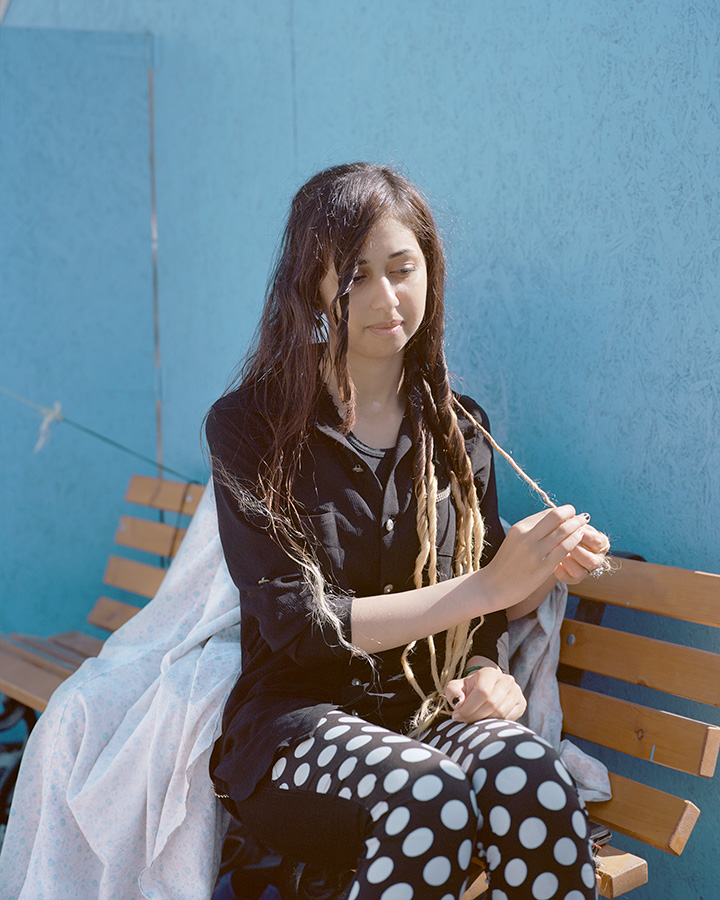 “Ways of Escape” is an intricate entanglement of symbols, human figures, and unresolved landscapes, inviting the viewer to traverse a city with an enigmatic past. Frequently portrayed as the birthplace of western culture, Athens is a perfect backdrop for projected historical assumptions, which cast shadows on a shattered present reality.

Is every city expected to live up to the specific ideas that formed it? The series follows the traces of these ideas by observing the surface of Athens: the walls where its history is contained, the people who inhabit it and the barriers that are raised to define and defend its identity.