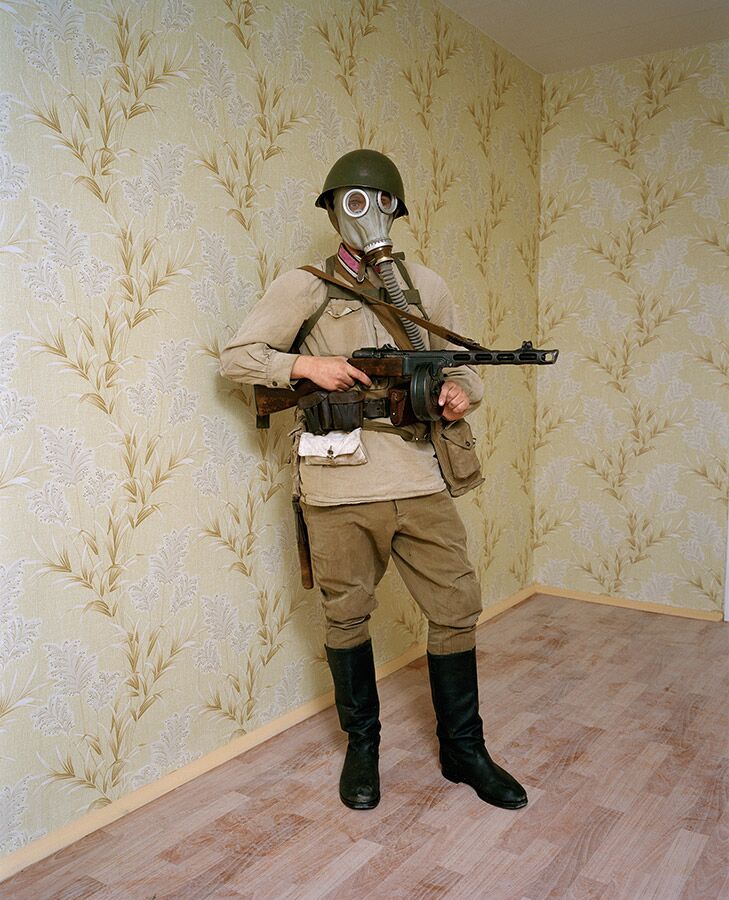 I went to Belarus for the first time in 2009 to photograph Victory Day, a holiday celebrating the Soviet victory over fascism and Nazi Germany. During the celebrations, tractors, military equipment, and factory workers paraded through the streets. A vintage USSR flag flew on a radio tower over Minsk. Red tulips, a traditional symbol of spring and rejuvenation in the USSR, filled the parks. I felt like I had traveled back in time into a slightly different dimension out of step with the contemporary world. It came as a surprise to me, but the best way forward was through embracing the confusion and just ridding the wave of nostalgia. Had the delusional atmosphere of carefully orchestrated official mass celebrations caused me to deceive myself? A stone-faced facade made it difficult to find any personal space, but I returned each year in hopes of finding intimacy and understanding.