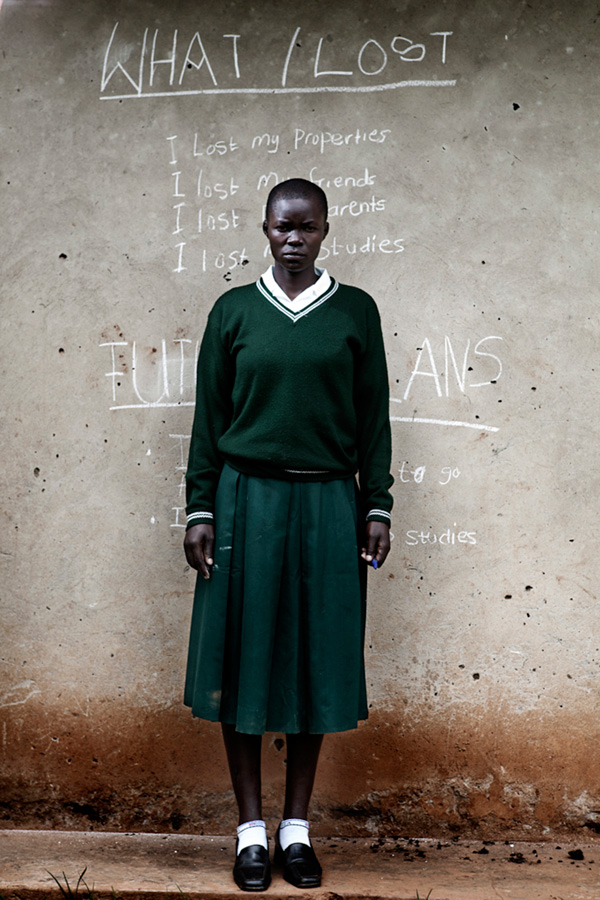 Imagine you are nine years old and you live in a small country called Uganda. Every night, all children in your town play the same game. When the sunsets you hide among the high weeds and in holes dug in the earth. The objective is for them not to find you if they come, because if the catch you…

Rebels of the Lord´s Resistance Army have been kidnapping children for over 25 years in the border between Uganda and Sudan, where they are trained as soldiers and taught how to use light weapons to fight the Uganda Army (UPDF). Their trademark is to cut the lips and ears of those getting in their way. Girls are used as sex slaves. Joseph Kony Himself, the leader of the guerrilla fighters, encourages his soldiers to get pregnant as many girls as they can, to supply the LRA with a new generation of “fighters”. Deprived of education and brought up in a culture of extreme violence, they are forced to kill and abduct more people.

John, Margaret, Grace, Nighty are just a sample of the state of terror in Uganda in the last quarter of a century. Although the LRA has moved recently to the neighboring Democratic Republic of the Congo, the few that manage to return are rejected by a society who blames them for the deaths of their relatives and friends. They are rejected for what they symbolize: the thousands of sons and daughters, brothers and sisters who are still in Kony’s hands (the notorious leader of Uganda’s rebel guerrilla The Lord’s Resistance Army) and many never come back.

Future Plan is a project of diverse NGOs for LRA’s children soldiers in which they share their experiences and plans for tomorrow. Imagine your life was a great plain wall. Imagine you have a piece of chalk. What would you do with it?

Supported by: Embassy of Spain, Athens