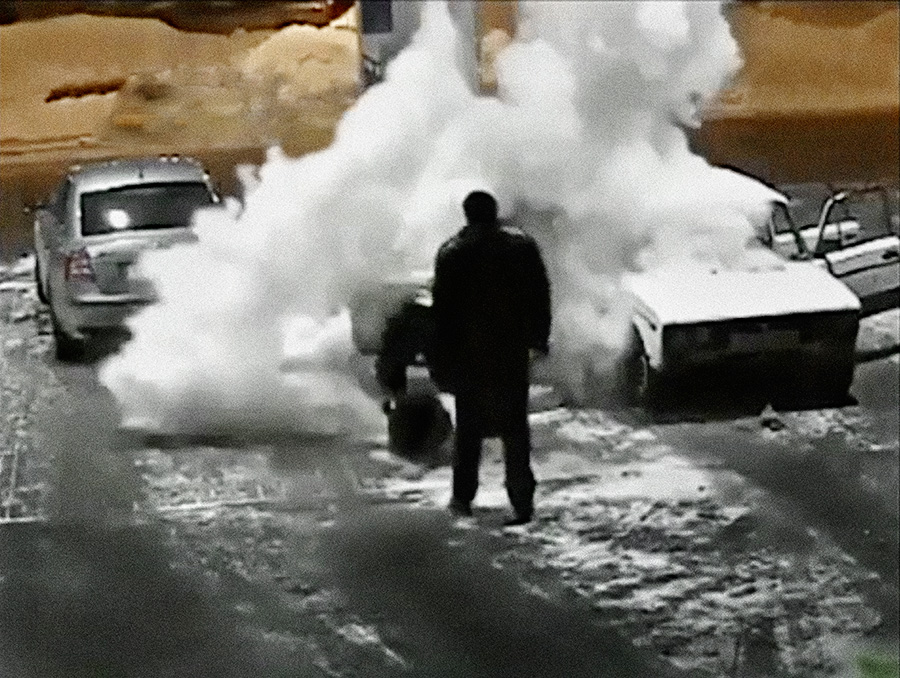 For different reasons, Russia has remained a largely unpredictable country over the course of many centuries. Westerners still tend to be prejudiced towards Russians and perceive them as weird, aggressive and irrational. I have visited Russia on a number of occasions, but so far have not managed to capture on film the true nature of Russia. In order to approach the unseen in the Russian culture, for several years already I have been studying amateur videos, which portray often trivial events largely unknown to media and the general public. Nevertheless, these amateur video messages have an existentially meaningful and irrational component, which can become a key to unlock the modern-day cultural discourse on Russia. In my work I appropriate amateur video images in order to re-conceptualize Russia in terms of technology, politics and aesthetics.