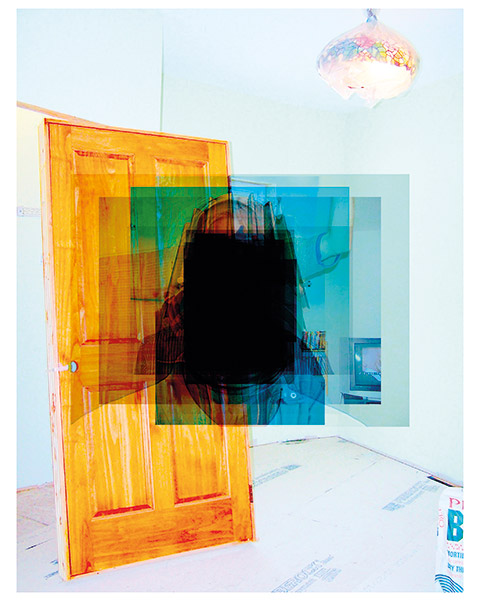 This project is the result of a three-year research on the territory of the city where I live, Milan. Here, I photographed a variety of realities that, on one hand, identify the city itself and, on the other, they define my experience of the place: from the outskirts to downtown, from the streets to the institutional venues, from the abandoned buildings to the construction sites of the new ones, up to the people I care about. As a color-film photographer I have always held with the concept of authorship, approaching reality in a straight way. Intrigued by the potential of the Reverse Image Search powered by Google, I got interested in whether and how the digital visual patrimony, boundless and democratic, could fit within a similar attitude. I uploaded my photographs to the website: each of them would generate dozens of images to be considered as visually similar, at least according to the standards of similarity of the algorithm located in the application. Once collected – according to a random selection in terms of quantity and type – all sorts of images I received from the web, I put aside the original photographs, hiding them within the new body of work, and started to print each of the anonymous files on acetate sheets, always keeping their original download size. The overlapping of multiple layers, backlit as some kind of multifaceted light box, separated the visually similar images from the original ones, increasingly. All in all, I scanned each group of acetates into one digital image, flattening them and seeing them merge into a new single vision: it was so close to my work, from which it was generated, and still completely unfamiliar. The metamorphosis of my work was finally accomplished.

Alessandro Calabrese (IT)
A Failed Entertainment