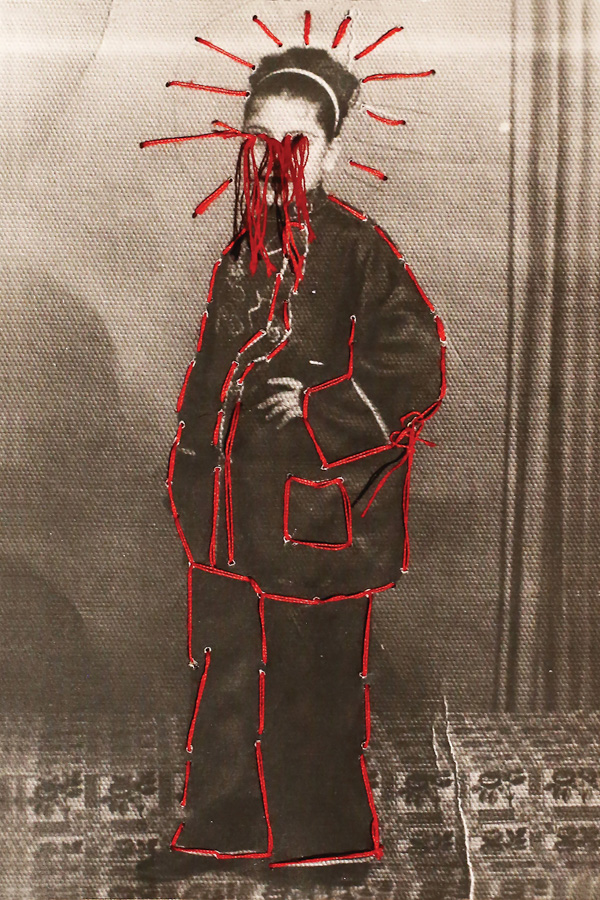 With what images do you recreate the sense of home, when you have lost your mother at an early age, your father is absent, and you are sexually harassed by a relative? Eventually, I realized that the idea of home was there in my family albums. In the beginning there is rage. Rage towards your mother, who died and left you. I appropriate family photos and I erase the faces, I burn them, I stick needles, I damage my face, my relatives, all those who have been hurt, have remained silent or have afflicted pain on me. This is my story but, in a sense, it can be applied to many families if you change the scale of pain, of restriction, of guilt. The hidden faces have names, they have stories – stories that are brought to light and raise discussions. The works oscillate between metaphor and reality but, ultimately, they make me move forward.